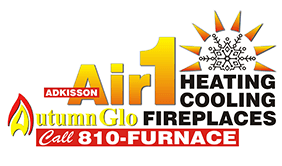 Air Cooled: Uses a fan to discharge heat from the condenser coil to the outdoors.

Air-Source: Air is being used as the heat source or heat sink for a heat pump.

BTU: British Thermal Unit. The amount of energy needed to change the temperature of one pound of water by one degree Fahrenheit. In practical terms, it represents a unit of measure of heat extracted from your home for cooling.

Central Air Conditioner System: System in which air is treated at a central location and carried to and from the rooms by one or more fans and a system of ducts.

Condenser Coil: A series or network of tubes filled with refrigerant, normally located outside the home, that removes heat from the hot, gaseous refrigerant so that the refrigerant becomes liquid again.

Cooling Capacity: A measure of the ability of a unit to remove heat from an enclosed space.

COP: Coefficient of Performance of a heat pump means the ratio of the rate of useful heat output delivered by the complete heat pump unit (exclusive of supplementary heating) to the corresponding rate of energy input, in consistent units and under operating conditions.

EER: Energy Efficiency Ratio means the ratio of the cooling capacity of the air conditioner in British Thermal Units per hour, to the total electrical input in watts under ARI-specified test conditions.

Evaporator Coil: A series or network of tubes filled with refrigerant located inside the home that take heat and moisture out of indoor air as liquid refrigerant evaporates.

Free Delivery: There are no ducts and the unit may be installed in the field without ducts if needed.

Ground-Source: The ground or soil below the frost line is being used as the heat source or heat sink for a heat pump.

Ground Water-Source: Water from an underground well is being used as the heat source or heat sink for a heat pump.

Heat Pump: An air conditioner capable of heating by refrigeration. It may or may not include a capability for cooling. Outside air or water is used as a heat source or heat sink, depending upon whether the system is heating or cooling.

Heating Capacity: A measure of the ability of a unit to add heat to an enclosed space.

HSPF: Heating Seasonal Performance Factor means the total heating output of a heat pump in British Thermal Units during its normal usage period for heating divided by the total electrical energy input in watt-hours during the same period.

SEER: Seasonal Energy Efficiency Ratio means the total cooling output of a central air conditioner in British thermal units during its normal usage period for cooling divided by the total electrical energy input in watt-hours during the same period as determined using the ARI-specified test procedure. This rating is only for units with cooling capacity less than 65,000 BTU/hr. The higher the SEER, the more efficient the unit. The more efficient the unit, the lower the operating cost.

Single Package: A central air conditioner that combines both condenser and air handling capabilities in a single packaged unit.

Split System: A central air conditioner consisting of two or more major components. The system usually consists of a compressor-containing unit and condenser, installed outside the building and a non-compressor -containing air handling unit installed within the building. This is the most common type of system installed in a home.

Ton: The unit of measurement for air conditioning system capacity. One ton of air conditioning removes 12,000 BTUs of heat energy per hour from a home. Central air conditioners are sized in tons. Residential units usually range from 1 to 5 tons.

Water-Source: Water is being used as the heat source or heat sink for a heat pump. Sources of underground water are wells and sources of surface water are lakes, large ponds, and rivers.

Year-Round: Air Conditioner which uses gas or oil for heating.